I have recently become quite interested in Twitter as a social media platform. Much more specifically, the two things I seem to hear from every presenter at every educational technology conference is that they are Google Certified… and their Twitter handle. Just for the record, I too am Google Certified, and my Twitter handle is @jeffwelchmod if you were wondering...

There is some talk that Twitter is on the decline, but you would not know this from the circles of educators who have become some of the most enthusiastic users of Twitter. It is always a topic, at least in EdTech circles. This brings us to the topic of this post, followers and fake followers.

In order for Twitter to be much use to you as either a PLN (Personal Learning Network), or as a tool to get your ideas or product out there in the world, you need followers, as well as someone else to follow. In the Twitter world, there are a few things that show you off as someone that should be taken seriously:

To a point you can control all of these, but people always want to take shortcuts. There isn’t exactly a playbook to build up your profile and followers, though lots of people have ideas. I did a lot of reading and came up with my own plan. I have been working on a variety of ideas, trying to post some decently interesting stuff on my blog and link that to my Twitter account. The hope is that eventually I build a following that is interested in what I have to share. I post mostly about education, and particularly educational technology. So that is my content angle, but I have to have someone to share this info with, so followers are needed.

I have a particular audience in mind, so there is a useful strategy for me to follow. Find some Twitter users that are great and follow some of their friends and followers. Some of these people will follow back. Then after some time you unfollow people that either do not interact with their audience, aren’t posting much of anything that is interesting, or that don’t follow you back. Over time you bring your follow ratio into positive territory, post great stuff, and everything is great. I have followed this basic strategy and it is working well. I have great followers and am gradually building up an active audience that I learn from and share ideas with. I am still learning but I am happy with my progress.

But there is a darkside to the Twitter follower universe. As soon as you become active in Twitter you will start to see some obvious fake accounts, sometimes these accounts will follow you and when you look at the account it is just an advertisement to sell you 5000+ followers for 5 to 30 dollars. I get at least several of these each week, most generated by the same few operators. Unfortunately, in order to boost their profile, quite a few people succumb to this and buy followers.

How do you know that Twitter users are fake? While it isn’t 100% foolproof here are the signs to look for:
If it is all of the above, the answer seems pretty obvious. 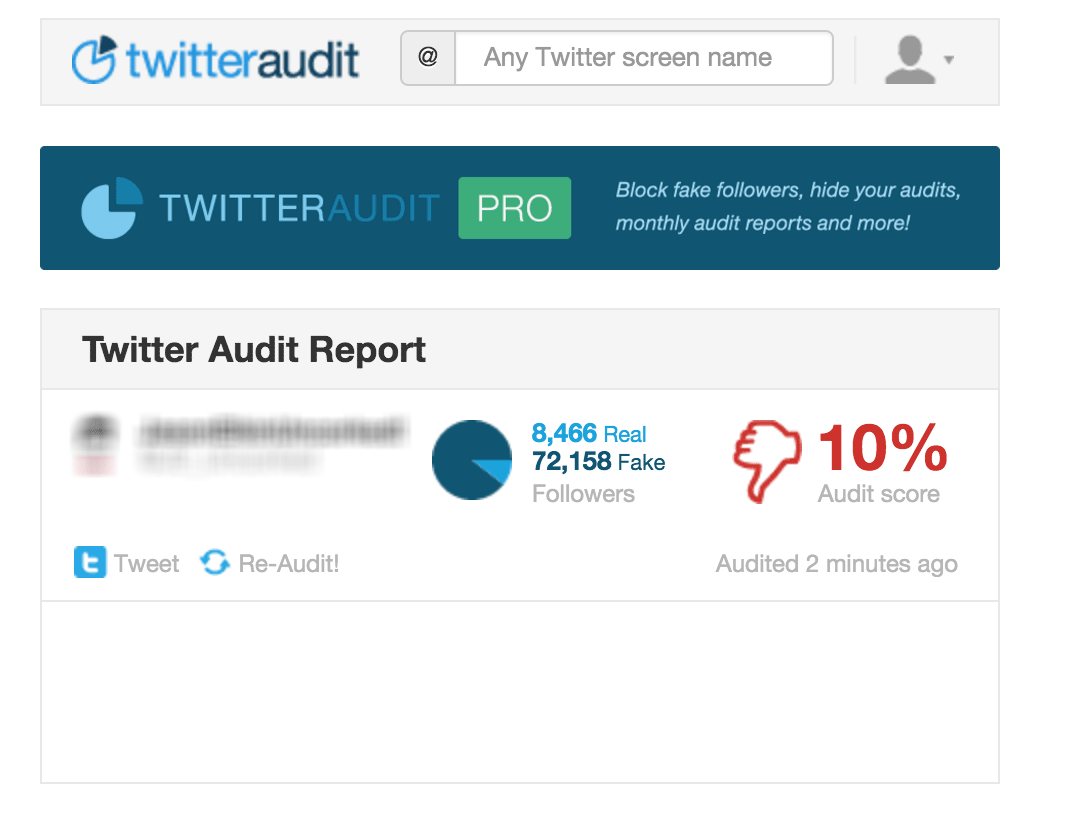 This week, I was following my strategy I detailed above. I was looking at a very active user outside of my usual area of expertise, but in a field that interests me. So I started looking through this person’s followers. Extremely large numbers of them met the danger signs above. It was fairly obvious from the Eggs and tweetless profiles that the users were not real. So doing a little research, I came across a tool that can help quantify whether users are real. To the right is the “Twitter Audit” of the account that I was looking at. Pretty much everybody is going to have some fake/suspicious followers, but this is over the top. Someone had to pay for this, I just really find it sad. I was really hoping to connect with this individual since I thought that we shared some common interests, but this kind of makes you think there is no point. 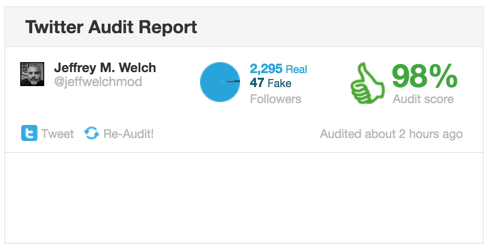 At the time I am writing this, my Twitter profile https://www.twitteraudit.com/jeffwelchmod reports that 98% of my followers are real, and that I have 47 possible fake followers. Most of these are actual people I know that made an account, but never started to tweet. Don’t take the easy way out, be thoughtful, deliberate, and interesting. Your following will come the real way.

Check out the Twiterversity guide.

by Jeffrey M. Welch In the summer of 2016, I had the opportunity to give a training at an Edtechteam summit in Stanislaus County. I chose to build a training around Google Sheets. My reasoning was that Sheets is both incredibly powerful, and often intimidating to users. My concept was to teach users everything they needed to know to get started in one-hour training. Secondarily, I was hoping to prep teachers to take the Sheets portions of the Google for Education Level 1 and Level 2 exams. I have now done this training three times, with substantial modifications each time. Version 1.0 - was a one-hour training with around 20 teachers. It went well, even if a bit too fast. This entire training took place within a single spreadsheet broken up into tabs. Version 2.0 - I beefed up the instructions and added several activities for a Google Certification Bootcamp with the idea that the learners would mostly go through it on their own. Version 3.0 (current) - I decided to break th

by Jeffrey M. Welch Part of my " Technology First " series. If you have been in the classroom for a while, you are well familiar with Bloom’s taxonomy. If you are knee-deep in Common Core, you know all about Webb’s Depth of Knowledge (DOK) which, simplistically described, is an update to Bloom’s. In the technology sphere, there is a similar model that has a practical connection to the Bloom’s and DOK, but has been built around levels of technology integration in the classroom. This is called the SAMR Model and it has become very influential in the educational technology universe. There is a second model that has also become widespread, it is called TPACK which is really more about the teachers preparation and the interaction of their skills than it is about the particular lesson. These two models will be the focus of this post. If you spend any time in Edtech circles, or go to any training on technology integration, you will encounter these two acronyms sooner or l

by Jeffrey M. Welch Check out the  Twiterversity  guide for more. Expanding your Following There are a few key points to expanding your following on Twitter, and these will be similar on most social networks: You need to be a credible person. You look like a real person ( see this post ). You have to feed Twitter to stay relevant. This means if you really want to use it, you have to check in and post at least a few times a week. If you stop Tweeting, people will unfollow you. Pick a theme and then stay on theme. Post regularly on the theme you have chosen. Retweet things that are interesting, this will help you to find followers. Join in on a Twitter chat on a topic that is interesting to you Follow influential Twitter users. The way to really expand your following has to with an expansion on #6. Presume you are already doing 1-5, your final step to building a large Twitter following is to identify a handful of important and influential Twitter users and to piggyback